The Women’s Interfaith Network is celebrating its 10th anniversary and International Women’s Day with an art exhibition in the Galleries at the OXO Tower Wharf on 20- 30 March.

The artworks on display have been selected from nearly 1,500 submissions from women across the world, including Tracey Emin.  Curator Rosalind Parker (of the Meridian Institute for Culture and Dialogue & previously involved in 3FF’s Urban Dialogues exhibition) says, “This is a platform for female artists, both established and emerging, to engage in discussion of gender, faith and spirituality.”

Women from communities across London will find this an exciting event.

“My Great Great Grandfather was a slave in the Ottoman Empire.

My Father was a Turkish Cypriot. He was a Muslim who grew up in a Greek village and spoke Turkish with a Greek accent.

My Mother is British. She grew up in London’s East End. She comes from a family of long time Gypsies.

Me – I am an international artist. I exhibit all over the world.

I am very happy to take part in this Exhibition.” 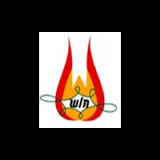 There’s also a Voices of Womanhood Festival Day (£15 for a day ticket) with an eclectic programme of films, speakers and panels on Sunday 23rd March 11am – 9pm at the Roxy Bar and Screen, 128 Borough High Street, SE1 1LB.

Download the flyer for details and book your place by emailing Marion Waruguru at marion@wominet.org.uk.