Europe House (where LBFN held its 10th anniversary last November) is hosting a panel discussion on the results of the election and the implications for Britain and Europe on Thursday 29 May 5-6.45pm. Register here.

The European Network on Religion & Belief, which LBFN has been instrumental in setting up, holds its second AGM on 17-18 June in Brussels.  The event is free of charge – register & find full details here.  There are excellent speakers (including Matthew Goodwin of Nottingham University), themed workshops, an opportunity to meet others from across Europe, social visits (including the European Parliament), shared meals and a discussion of the impact of the EP 2014 elections.  Several LBFN members have made the trip to Brussels over the past three years – catch a train and join in! 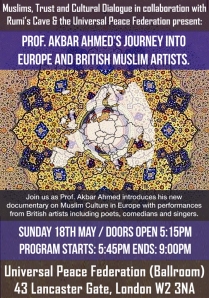