Muslim, Jewish and multifaith leaders after the unity event at Regent’s Park.

LBFN helped to organise an event at London Central Mosque last Friday to demonstrate unity in the wake of the Paris attacks.

“Expressions of unity and hope were delivered in a meeting called by Dr Shafi & attended by Vivian Wineman, President of the Board of Deputies.

Commitments and dedications were expressed by all faith leaders and community advocates. A calling to be more motivated and engaged following the tragedy in Paris were made by the assembled dignitaries.

Shalom Salaam was the offered greeting to reflect the Jewish and Muslim days of worship, united in their grief for the loss of life of Jewish, Muslim and secular brothers and sisters.

Catriona of LBFN recalled visiting the Jewish Museum in Brussels after the shootings last summer, saying how important it is for Jews to be able to be Jews, for Muslims to be Muslims and for everyone to be who they are. She reflected on the passage from the Qur’an chosen by Sheikh Khalifa (49:13) on living well together while remaining different. She welcomed strong leadership as well as essential grassroots work.

Sorrow was balanced with the courage and dignity to continue to work tirelessly in support of one another, our faith communities and beyond to overcome those who try to divide our unity and peace.

Dr Shafi said this was a time for unity and engagement. He expressed sadness at the recent backlashes against Muslims.

Vivian Wineman reminded us of the wonderful religions of peace and love, the common bonds they hold and of the need to protect both Islam and Judaism as minorities in Europe.

The overall consensus was that we must not fall prey to what terrorism wants by reacting in a hostile manner to those of different traditions.

We must reinvigorate our efforts, build confidence and raise trust in renewed covenants for peace.” 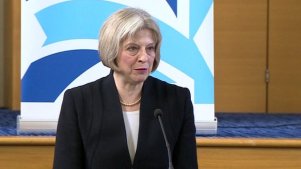 The Metropolitan Police will be holding a joint meeting with LBFN’s crime and security social lab soon.  Mosques, synagogues and others wanting to work together to improve safety are welcome – please get in touch if you are interested.

The next LBFN meeting on Tuesday 20 January will include local reflections on the Paris attacks.

The London Peace Network (which LBFN brought together last year for the Olympic Truce) is up & running again.  The salaam / shalom / peace bird is on the wing.  Find all the latest information on https://www.facebook.com/sept21 – link, like, share!

This is an initiative which offers a simple and effective way to build and strengthen relationships between people from different religious and cultural traditions at local level – at the same time as many people all around the world are engaged in peace-building activities.

The UN International Day of Peace falls each year on 21st September.  Last year, hundreds of Islamic centres led their local communities in marking the day by inviting in visitors to exchange messages of peace.

This year Islamic centres will be inviting in visitors on Friday 20th September, synagogues on Saturday 21st September and (to warm up for next year when the Day will fall on a Sunday) churches on 22nd September.

What you can do:

Churches Together in England, amongst many others, is supporting this initiative.  The flyer for churches can be downloaded here.  The flyers for synagogues and Islamic centres will be available soon and the Christian Muslim Forum is helping local religious communities get in touch with each other.  Messages of peace from nine traditions are printed on the back of each leaflet.

Please circulate the flyers as they become available and assist your local faith forum or network to participate through issuing and accepting invitations during the peace weekend.

Seven invitations – two of them are for tomorrow.

1  Wednesday 29th May at 5.30pm: Lecture by Dr Ismail Serageldin, Director of the Library of Alexandria, Memory, Culture and Hope: Reinventing Relations between the West and the Muslims, followed by a reception. The Drama Studio, Institute of Education (Main Building), 20 Bedford Way, London WC1H 0AL. Download invitation here.  Please register at administration@egyptculture.org.uk.

5  Friday 7th June at 6.30pm:  The 2013 WPCT Lecture will be given by the German Ambassador, H.E. Georg Boomgarden, Valuing Europe beyond economics: what binds us together? at Europe House, 32 Smith Square, SW1P 3EU.  Contact Win Burton.

6  Saturday 8th June 12-5pm:  BATCA Funday in Broadwater Road, Tooting, London SW17.  Anglican church and Muslim school combine to provide fantastic afternoon of fun “Celebrating Life Together”. Attractions appeal to all including inflatables, fairground rides, clowns, sideshows, animals to pet from Kingston City Farm, arts and crafts workshops, sports, stalls run by craftspeople and stalls run by local voluntary and community organisations. Multicultural food will be on sale throughout the day. The road space will be closed to traffic and filled with attractions and stalls.  Contact Kate Allan.

It’s the time of year for celebrations and AGMs.  Five invitations have dropped into the LBFN inbox.

Faiths Together in Lambeth holds its meeting on Tuesday 11th June at 6pm – more details from the Chair, Alan Gadd.

BATCA – Balham & Tooting Community Association holds its AGM this week on Tuesday 21st May at 7pm.  Details from the Secretary, Narween Barwany.

The Greenwich Peninsula Chaplaincy‘s 10th Anniversary falls on Wednesday 5th June and celebrations will include welcoming the Mayor of Greenwich.  Contact the Co-ordinating Chaplain, Revd Malcolm Torry for more details.

Not a meeting, but Hounslow Friends of Faith are planning a Walk of Peace and Friendship on Sunday 30th June.  Contact the Secretary for details.

Westminster Cathedral Inter Faith Group has circulated an invitation for Thursday 13th June at 4.30pm at the Cathedral’s hall.  Cardinal Tauran, the Pope’s senior advisor on interreligious dialogue, and representatives from different religions will offer prayers for peace in their different traditions.  More details from John Woodhouse.

Let LBFN know if you have an AGM or event planned and you’d welcome visitors from other boroughs.

We share our experience and expertise in working with public agencies (borough councils, police, NHS) and academic institutions to make a positive impact on the lives of our local communities, particularly those who rely on public services.

Our areas of interest include health and wellbeing, peace building, links with Europe, crime, safety and resilience, intersectionality and multifaith spaces.

You will be very welcome. Membership is free. Email LBFN's Convener and we will get back to you.

LBFN is a broad network promoting social inclusion, religious harmony and learning. We welcome people from many different walks of life. Inclusion of groups & individuals (and their contributions) at our events or online does not imply endorsement or validation by LBFN.

Want to publicise your event, publication, job opportunity? Leave a comment or email LBFN's Convener and we'll add it to the blog.

During 2012, LBFN brought together a dynamic and broad-based group, the London Peace Network, to support the Olympic Truce.

A very wide range of peace-building activities has taken place, including a "twinned" UK-Pakistan project and the London Peace Conference in September 2014.

Visit the London Peace Network blog for the latest news.